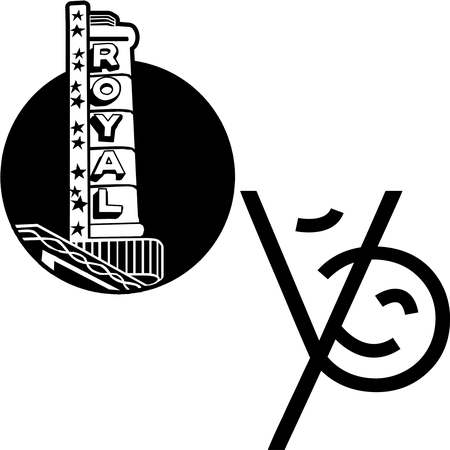 Home
About
Get There
Tickets

By The Royal Theatre (other events)

The Royal Theatre at 111 S. Market St. in Benton, Arkansas was built in 1948-49 as an extensive renovation of a prior theatre, and is already deemed historic

The oldest part of the theatre was part of the 1920 "Imp" (apparently for "Independent Motion Pictures") theatre. The sign and marquee of the theatre, and the rest of the 1948-49 redesign, were designed by Little Rock architects Frank Ginocchio and Edwin B. Cromwell in Moderne style. Ginocchio and Cromwell had designed a Royal Theatre in Little Rock that used the sign and marquee; they reused the material in this Benton theatre later.

The building was listed on the National Register of Historic Places in 2003.